This blog post will help you learn about different types of holding devices used in drilling machines.

We have also included pictures of each type of work-holding device so that you can easily identify them.

So without further ado, let’s get started… 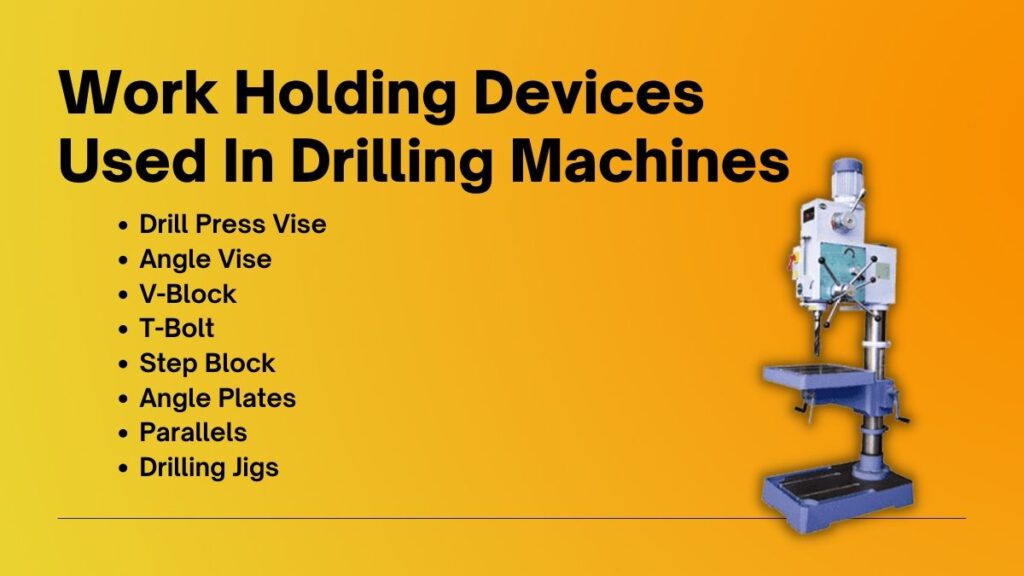 What Is Work Holding Device?

A work holding device is a clamping device that people use to hold their workpiece during the drilling operation.

Why Is Work Holding Device Important?

When you are drilling a hole in a workpiece on a radial drill machine, it is very important to hold the workpiece firmly with some good work holding device. Because there will be a lot of pressure on the job during the drilling operation, which can cause the workpiece to slip and ruin your job, or it can hurt someone standing close to the machine.

Here is the list of the work holding devices commonly used for holding the workpiece on a drilling machine: 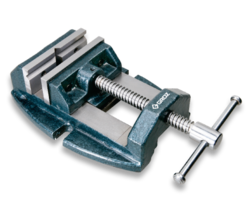 Drill vice is the most commonly used work-holding device compared to all other devices out there.

You can simply use it to clamp round, square, or odd-shaped rectangular parts.

To use a drill vice, you merely have to hold your workpiece firmly between its jaws so that it does not move even a little bit from its position when you drill a hole in it. 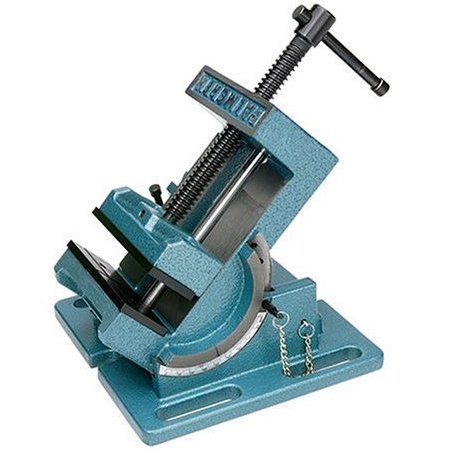 Angle vice is a type of drill vice with an angular adjustment that allows you to tilt the vise. It is mainly used when you want to drill an angular hole into a workpiece. You can also drill angular holes by tilting the drill press table on some drill machines. 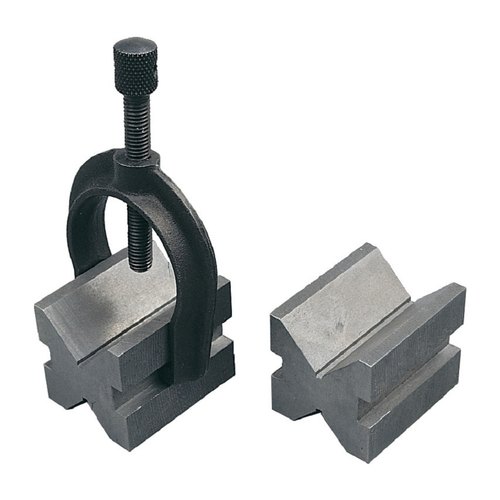 V-Block is a type of clamping device typically used to hold round metal bars or pipes for performing drilling operations. They are made from rectangular steel or cast iron block with a 120-degree channel rotated 45-degrees from the sides, forming a V-shaped channel in the top. 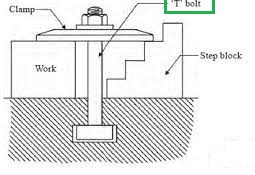 T- Bolt is a bolt with a T-shaped head, made to fit into a T-shaped slot in the table of a drill machine. It is used for holding a job. 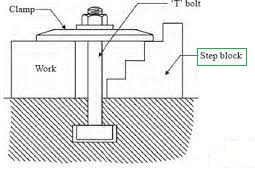 Step block is a work-holding or support device usually used in combination with t-bolts and clamps. It provides support for the outer end of strap clamps. One of the interesting things about the step block is that you can use different steps of the step block to clamp workpieces of different heights. 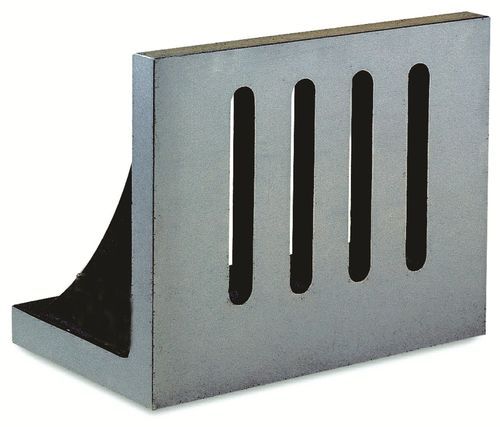 An angle plate is a work-holding device used as a fixture in a drill machine. It has tapped holes or slots to make the clamping of the workpiece easier.

If you are working with odd-shaped parts that need to be drilled at 90 degrees to the axis of the table then an angle plate is your best option. 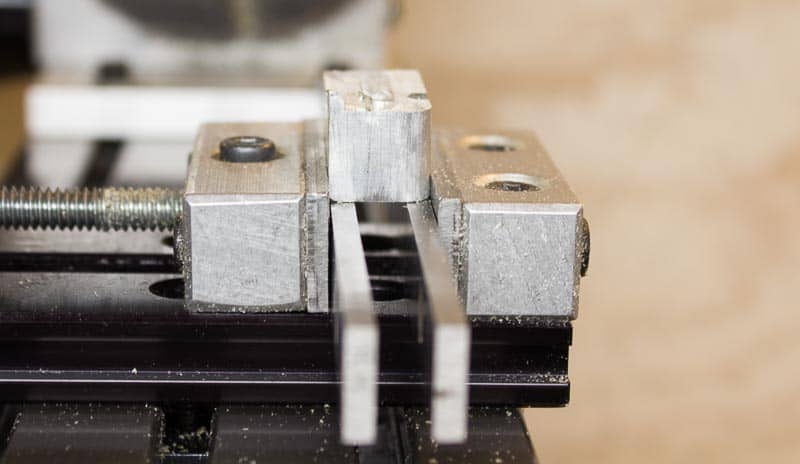 Parallels are rectangular blocks of metal, commonly made from steel or cast iron. They are mostly used when you don’t want your parts to sit naturally above the top of the vice jaws. For example, when you are drilling a through-hole on the drill press, it is important to have a gap below the part, or else your drill bit will not only pierce a hole in the job but also in the vise and soon your vise will be full of holes.

Here is the list of guidelines you should keep in mind when using parallels:

A drilling jig is a type of custom-made tool used to control the location of parts. They are mainly used to achieve repeated accuracy and interchangeability in drilling operations. You can easily control the depth of the hole as well as the angle of the hole.

When you are dealing with mass production, creating your own custom-made jig can save you a lot of time, energy, and money.

Okay, so that was all the information that you might want to know about work holding devices used in drilling machines.